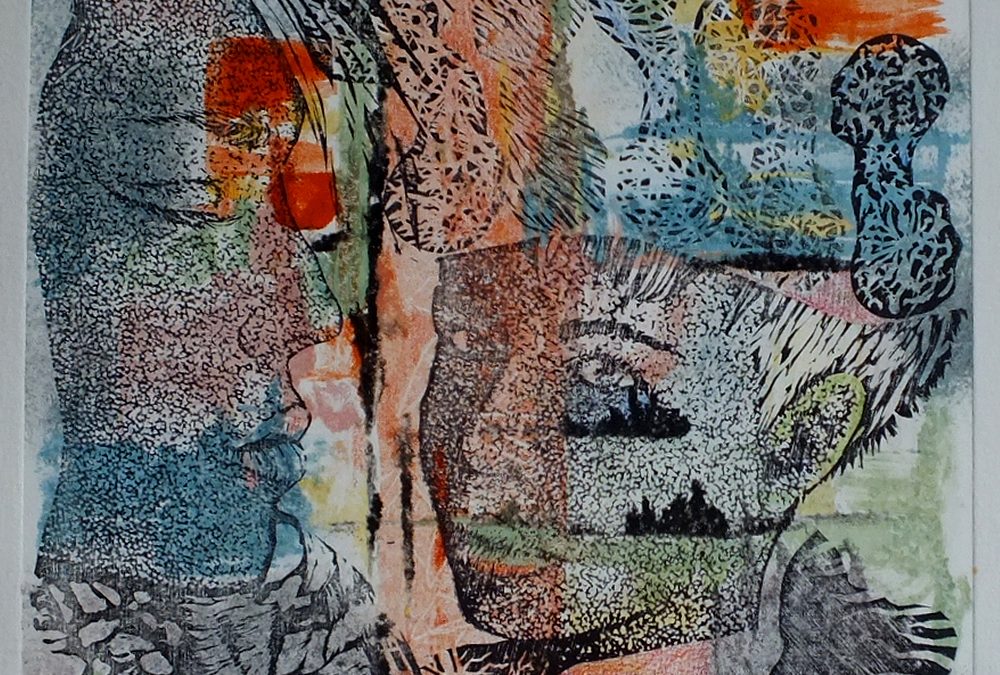 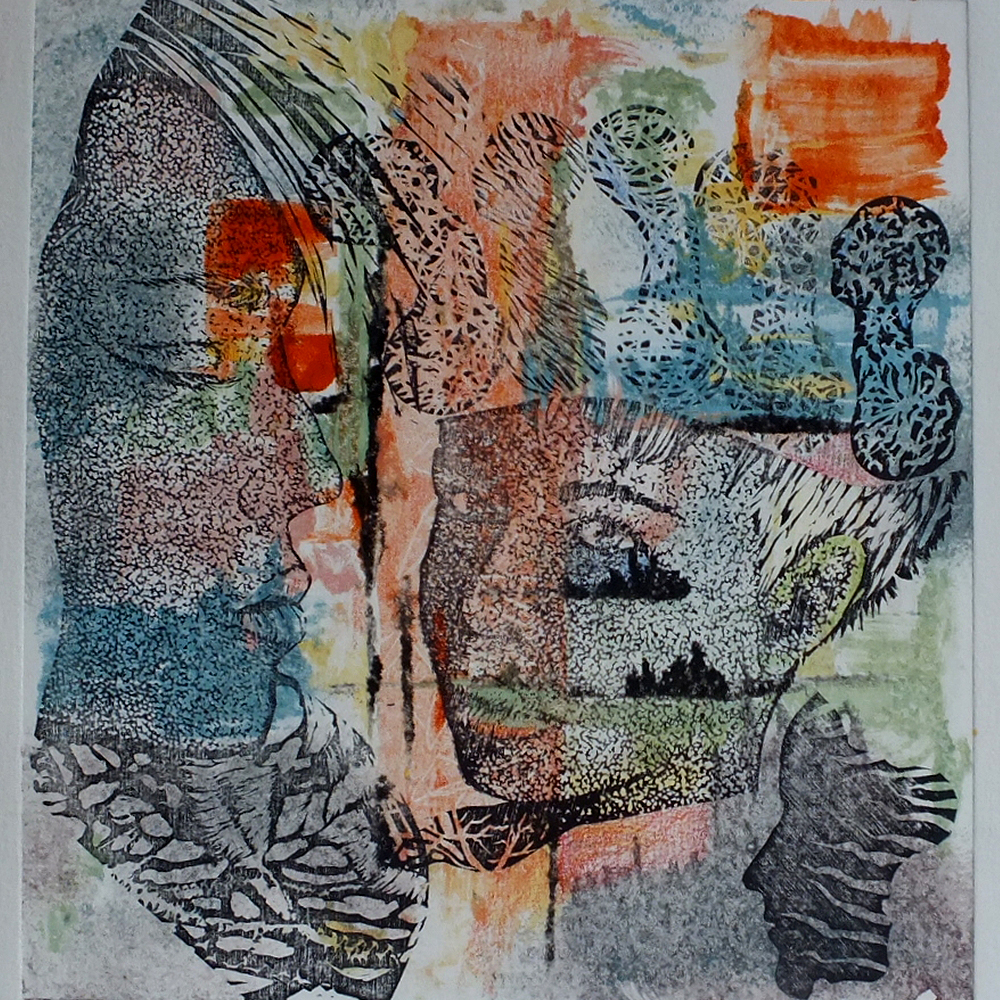 I was inspired by the establishment of Egyptian symbolism throughout history.

For example, the image of a Pharos face is instantly related to Egypts culture without any confusion or hesitation- the same way a cross is within the Christian establishment.

I used a face profile of a pop star as a metaphor for a high rank entity- Pharaoh.

This is a stand alone work which sparked an idea for my next theme of works where I combine public persons in a more ordinary/daily life scenario.

Taking a part in Draw 17, 16,15 is always a huge challenge as many great artists show their work. There were so many fabulous images and this is so rich and an inspiration- from the hanging artworks day to listening to a fantastic speech by Nicholas Walt. I was really surprised by The John Purcell Paper for Print Award!

The idea of the monoprint evolves on my press through the unfolding of adding layers on the top of other. It is a fluent process. What is vital in the combination of manipulation and play. I’m using technical methods to play with another plates, colours, lines and stencils. It opens up the space for experimenting with the many matrix on one piece of paper.

I continuously exhibit my works at the Southbank Printmakers Gallery.  I also took part in the SAGFA Biennale which had its last showcase at the Bankside Gallery. The next goal is to participate in printmaking competition in Canada. 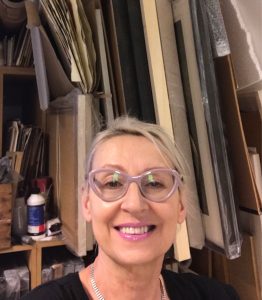 Renata Sosinska was born in Wroclaw, Poland and was educated at Academy of Fine Arts at the department of painting, graphics and Sculpture(MA). She worked for many years as an Art teacher at an art school in Wroclaw. In 2010  Renata moved to London  and in 2014 was elected  to the SGFA and started began working as a full time printmaker. This was followed by her election to Southbank Printmakers in 2016.