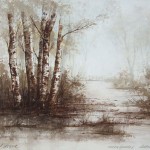 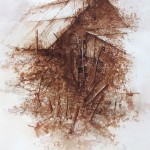 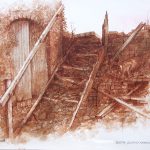 At an early age Peter was recognised as being visually gifted, and at 16 he was awarded a scholarship, as an exceptional student, to study illustration and printmaking at Hornsey College of Art in 1964. After completing this course he studied painting for two years at the Byam Shaw School.

Peter worked as a freelance designer and illustrator in London until he moved to Bath in 1972. Shortly afterwards he extended his training as an art teacher at Bath College of Higher Education gaining his B.Ed, Hon [Art] at Bristol University. In addition to working in secondary schools, Peter spent six years teaching in community education in Torquay, where he was assessed by Ofsted as ‘exceptional’ and ‘excellent’. Later that year he was awarded an educational ‘Oscar’ by South Devon College in 2003 for inspirational teaching.

Now retired, Peter concentrates on his own artwork, specialising in figurative studies and maritime themes. Peter has been highly trained to work in all media, but has recently developed distinct ways of working with watercolour, graphite and ink soluble pencils which gives his work a unique atmospheric quality, although his subjects are very realistic. A Devon-based artist, Peter exhibits in West Country galleries and has work in numerous private collections throughout the U.K.